Saving Zanskar: A Short Documentary is the story of a Tibetan Buddhist monk’s vision to save his dying culture by providing the children of his region with modern education.

Shot over the course of a few days (6 hours of total shooting time) in several locations around Northern India, Saving Zanskar is an insight into the problems facing ancient cultures as the younger generation is increasingly influenced by modernity.

The interview for the film was shot in a relatively quiet place behind the Dalai Lama’s residence in Dharamsala. It is one of the few places in Dharamsala (unknown to many) where I could get clear shots without people walking behind, around, or in front of the camera!

Cast: Geshe Lobsang Yonten and the children from Zanskar.
Music: “Edge of my Soul” by Jami Sieber

As for my thoughts on Geshe-la’s vision: I believe he is spot on about saving his culture by educating its children. For it is only through an appreciation of the unique qualities of this ancient culture that the children of Zanskar will have any interest in helping to preserve it. To think that we can simply leave them be and everything will be okay is sheer fantasy.

For instance, it is already the case that Westerners go to Zanskar for trekking. Yet, the companies that run these tours are not Zanskari, and as far as I know, no money goes back into the local community. Therefore little benefit is gained by having Westerners come to Zanskar.

Western companies selling trekking are making money off the Zanskar region while the local population remain living a life of simple subsistence. This is not something that should continue to my mind.

If we educate Zanskari people then perhaps they could set up their own companies and begin to work with the changing social-economic environment rather than being forced to sit and watch as Westerners use them and their land, or worse still talk about how they must continue to live the same way they have in the past simply because of some strange notion that this is a purer way of life.

Let me see you work 18 hours a day and eat just roasted barley.

Moreover, it is only through modern education that an appreciation for the heart of the Zanskari tradition will grow within the younger generation. The heart is such things as compassion and the development of human values. These are the things worth preserving not the food or the tools used to harvest them.

Because the world will continue to change around the Zanskari people there is the potential for them to leave them behind—poorly educated and without choices—if we do not educate the younger generation, what kind of education is needed?

This is where Geshe Yonten’s idea of a combined “inner” and “outer” education is important. FYI: Geshe-la is coming to the U.S. for a speaking tour later this year if you would like to hear more about his ideas.

Back to the topic: I recently heard a Westerner suggest that the children should be left in Zanskar rather than receive proper education in India if their culture is to survive.

This is, in my opinion, simply wrong! For it fails to understand or take into consideration that a “culture” ancient or otherwise is fundamentally a dynamic system. It is a political, economic, and social system with a history, but most importantly a future.

This is something that most people fail to see. These things that we call “cultures” are not static artifacts or museum dioramas stuck in history to be admired from afar. We have to remember “cultures” house real kids with real hopes and dreams. Do you really want to force the kids to stay in Zanskar poorly educated, and without opportunity?

Perhaps this line of thinking is born, as a friend pointed out to me today, from the fact that sometimes, some Westerners, romanticize poverty—while tweeting about how consumption has corrupted Western culture from their iPhone.

The world is changing so quickly that we have to remember that we are dealing with people’s lives, and it is people that matter, not their history.

Join me & try the free newsletter

Join 10,000+ subscribers — every Tuesday I send you a short, fun, and actionable email chock-full of ideas exploring the principles, strategies, and tools of a life well lived so you can live a happier, healthier, more meaningful life. 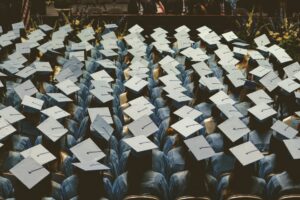 When I was a kid, I went through a phase of loving everything Bruce Springsteen. I’d seen him on TV and thought he was cool. 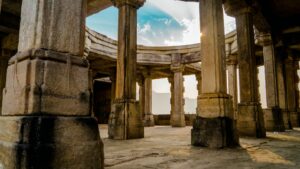 The Three Pillars of Meditation

When I was first starting my journey into self-development, meditation, and Buddhist philosophy I was still studying music at university here in Melbourne, Australia. The

7 Days to Deeper Meditation: A Step by Step Guide to Going Deeper

The real benefits of meditation come from deep meditation.
Sign up to this free course and I will send you one lesson per day for 7 days delivered that will guide you through the step-by-step, so you know exactly what to do to go deeper in your meditation.

Enrol in the free course and get your first lesson today!

You will get one short email every day for 7 days. You can unsubscribe any time.